The Strange Case of Dr. Carson and Mr. Trump

If you want to know where the Republican Party is at this point in the primaries, consider two statements that bookended the day on Super Tuesday: the morning’s revelations about Ben Carson’s thoughts on Donald Trump—followed, in the evening, by Marco Rubio’s concession speech.

Let’s start with Carson, who recently withdrew from the race and surprised a lot of people, including many of his supporters, by endorsing Donald Trump, who embodies the opposite of Dr. Carson’s gentle, thoughtful style.

It seems like Carson has his own misgivings, telling an interviewer that he would have preferred to endorse someone else.

CARSON: I have to look at what is practical and what is going to save this country and the American dream for the next generation. Is there another scenario that I would have preferred? Yes. But that scenario isn’t available.

MALZBERG: With one of the other candidates you mean?

This is really a case of seller’s remorse: Dr. Carson’s regret at selling out to a less than appealing candidate. It’s the equivalent of this look. 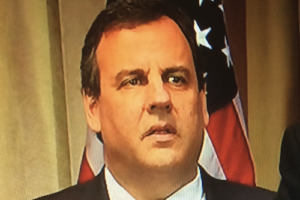 And we found out what he sold himself for: the promise of a position in the Trump administration.

CARSON: I do believe, and certainly in my discussions with Donald Trump, he does love America and he does want to be successful. And, he will surround himself with very good people.

MALZBERG: And will one of them be Dr. Ben Carson?

CARSON: I will be doing things as well, yeah.

MALZBERG: In the administration?

CARSON: Certainly, in an advisory capacity.

MALZBERG: That’s been determined? You’ve, when you sat down with him that was discussed?

(That seems to be the case for Chris Christie, too. He recently regaled the audience at a Trump rally with his tough-guy record as a New Jersey prosecutor and concluded: “I’m convinced that that’s exactly the kind of attorney general Donald Trump is going to appoint when he is president of the United States.”)

So this is an attempt by Carson to rationalize what he knows, deep down, to be a bad decision. Which explains one of the strangest bits of political rhetoric I have ever encountered: Carson’s explanation that behind the bombastic Trump demagoguery the public sees, there is a different Trump who is thoughtful and serious.

I’ve come to know Donald Trump over the last few years. He’s actually a very intelligent man who cares deeply about America. There are two different Donald Trumps. There’s the one you see on the stage, and there’s the one who’s very cerebral, sits there and considers things very carefully. You can have a very good conversation with him. And that’s the Donald Trump you’re going to start seeing more and more of right now.

We’re still waiting on that. But let’s say that maybe it’s true, and let’s try to keep a straight face while we’re saying it. What would that really mean?

I get the idea of a presidential candidate having a Jekyll-and-Hyde-style split personality. That’s what we always fear, isn’t it? But the strange twist is that in this case, it is the Mr. Hyde half of his personality that Donald Trump is putting on prominent public display—and the Dr. Jekyll half that he is supposedly hiding away in private. Call it The Strange Case of Dr. Carson and Mr. Trump.

That’s what strikes me as a really significant and ominous development in our political culture. In the original Robert Louis Stevenson version, The Strange Case of Dr. Jekyll and Mr. Hyde, Dr. Jekyll is a thoughtful, enlightened, and idealistic scientist who becomes obsessed with the idea that all men have a mixture of good and evil in their souls. He attempts to devise a treatment that will purge the evil part of his soul, but instead he separates it out into an alternate personality. At first this alter ego—the vicious, predatory Mr. Hyde—is small, sickly, and weak, having long been suppressed by the better half of Dr. Jekyll’s soul. But once he is let loose upon the world and has the opportunity to exercise his vicious impulses, he begins to grow larger, more vigorous, and more dominant.

This strikes me as a good metaphor, not just for Donald Trump, but also for what has gone wrong with our political culture. The candidates who built their campaigns around appealing to the better angels of our nature, the ones who were chasing after the Dr. Jekyll vote, didn’t make it this year. And Mr. Trump is racking up victories on the strength of the Mr. Hyde vote.

This is a sign that we are becoming accustomed to exercising the negative aspects of our national character. We are allowing politicians to appeal to our anger and fear and resentment, and in place of a universal ideal like freedom, we’re buying into tribalism and the appeal of a strongman who promises to rough up our opponents.

That leads us to Marco Rubio’s heartbreaking concession speech Tuesday night, in which he begs us not to give in to the dark side. He begins by acknowledging that “people are angry, they are frustrated.”

And yet, when I decide to do run for president, I decided to run a campaign that was realistic about all of these challenges, but also one that was—one that was optimistic about what lies ahead for our country….

So, from a political standpoint, the easiest thing to have done in this campaign is to jump on all those anxieties I just talked about, to make people angrier, make people more frustrated. But I chose a different route and I’m proud of that. That would have been—in a year like this, that would have been the easiest way to win. But that is not what’s best for America. The politics of resentment against other people will not just leave us a fractured party, they are going to leave us a fractured nation….

That a candidate with this message is getting far fewer votes than the guy who just threatened riots at the convention if his 35% of the Republican vote doesn’t automatically win him the nomination—well, when that happens, something is very wrong with our souls and our sense of life.

Ted Cruz will now have to take on the role of the alternative to Trump. His personality may not be the most engaging (your mileage may vary on that), but he at least appears to have only one of them. He is a normal human being rather than an exaggerated caricature of our vices. He is a mixture of good and bad in which the good is dominant—much like Dr. Jekyll at the beginning of the story.

But while we have to carry on this year with the best political standard-bearer we can find, it’s our job to examine ourselves, to look at the political culture we have made, and to ask where we went wrong in letting the politics of Mr. Hyde out of its cage.

Why Isn’t There #NeverHillary?
There’s No Such Thing as a “Moderate” Supreme Court Nominee